WIPs (Work In Progress) and a Catchup

Do you remember me saying that I've been making pincushions for Bea's Pincushion Swap - well not strictly a swap as such, more a round robin I suppose!

I was late ... ish with the first, later with the second, and Well Late with the third!!

The third hasn’t been received yet so I can’t show what I made  .... can’t wait to show you, as I enjoyed making it so much!


This week I 've been working on these WIPs, trying to turn them into FFO's:

I stitched this little chap quite some time ago and hadn’t decided what to do with him ..... 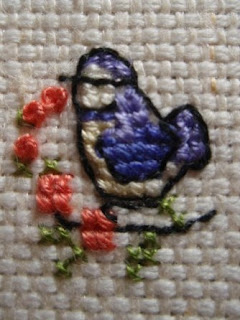 then one of my stitching friends gave me a little trinket pot, saying she wasn’t likely to work on anything small enough to suit and perhaps I might like to ..... just as long as I would definitely use it!

Just realised you can't tell the size! The pot is roughly the size of an old fashioned cotton reel ..... oh blow, that doesn't really tell you much! Next time I'll show the pot next to a cotton reel! 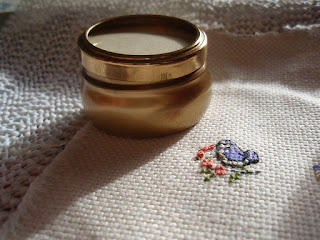 Mary Anne of Magpie’s Mumblings showed a Crazy Patchwork crochet hook case she had made and when I enquired she was kind enough to let me have the pattern for the crocheted lining, and as soon as I got it, I had my crochet hook out ready to go! The pattern had American terms but the only real difference there is that the main stitch in American is Double Crochet and in English it's Triple stitch. 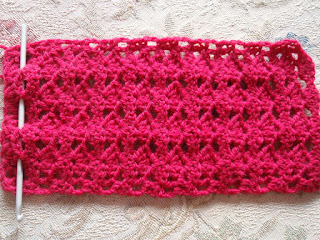 Now I need to decide what fabric to use to make its cover.

Mary Anne's Crazy crochet hook case features in the latest Quilt Quarterly digital magazine.
There is a link here on her blog.

I made Izzy ...... waaaay back and I’ve been meaning to make shoes for her ever since ..... Ann Wood shared a pattern a few weeks back which jogged me into pulling her out of the Dreaded Cupboard. 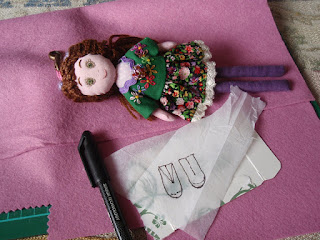 Her shoes are finished but I haven't been able to take a picture yet.

Thank you for all the very helpful comments about my oldest WIP - Cocoa Sample!

Pat of "Lily My Cat" kindly sent me a link for the pattern, which I ordered straight away, and it arrived this week!

Queenie, that was a great suggestion of timing how long I stitch before the frame gets too uncomfortable, but eeeek I had a rush of blood to the head and cut it out of the frame before I read your comment. I decided that as I have stitched quite a lot already maybe I will be able to stitch freehand without spoiling the tension.

Since my last posted I've managed to add quite a few stitches to the heading, both on the right of the header and around the clock in the centre (that's the yellow thingy!). 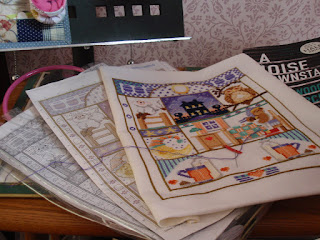 I'm not sure how I will finish the square with the sheep jumping over the fence as I can now see my version of the fence is a few stitches higher than it should be and there should be numbers above the sheep's head but there isn't much space for them ..... maybe I could leave out the numbers or perhaps have them merging into the sheep's head? What would you do?

And here's a little spoiler .....  it's something that went in with the latest pincushion (finished of course)! I am hoping to be able to show you in May's Gifted Gorgeousness (running from 15th May - 31st May). 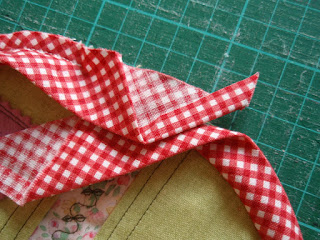 P.S. Does anyone know how to get mildew out of fabric? I have a vegetable bag that I made ...... with embroidery ..... it was in the bottom of the fridge, got damp, and now has these specs of mildew!!
I tried distilled (white vinegar) but that didn't do anything! Any ideas?

Until next time, have a great week!

Posted by FlashinScissors at 17:53

I've enjoyed seeing your pincushions, so I will be watching for the next reveal. Love that little bird! The crochet is just beautiful! So vibrant. Sorry on the mildew, but I've got nowt, as my mum would've said.

Birdie will be adorable in that little pot! I can't wait to see it! You have such a variety of projects! Everything is so creative and interesting!

Sorry I can't help with your mildew problem! What a great way to store crochet hooks - although I have moved on to using the Clover hooks with the chunky handle so I don't think the crochet would work so well. I love the little bird - going to be gorgeous in your tiny pot, a pill pot do you think? Lin xx

That little bird is so cute!

Your little bird is perfect for that wee little container. Your pin cushion do sound lovely. How fun to swap with others.

Hope the pincushion arrives soon as we can see it!
The trinket box is so sweet, if you told us the count of the fabric, we'd know how big the little design is!

Such pretty projects Barbara and so many varied techniques! Love them all! I particularly like the crochet bag lining.... such a lovely pattern! As for the mildew you could try a bicarbonate of soda solution..... might work! Christine xx

You certainly keep busy! I love Izzy :) Your crochet is lovely too. The colour is beautiful. And I'm looking forward to seeing your little bird on the lid of the trinket box. I hope you manage to get the mildew out of your linen. I just saw online that Sainsburys do a 'Stain Devils Survival Kit' (£4), which has mildew as one of the things it claims to get out so it might be worth looking out for that or something similar :)

Barb,your little bird will look so pretty on the trinket box,what a lovely way to finish this piece.
Love your crochet, what a pretty pattern.I look forward to seeing the pin cushion :)
I have no words of wisdom re; mildew.I hope some one else is more helpful.

The colour you chose for your case is so pretty, I hope you've found the perfect fabric for it.
Such a sweet doll, it looks like she needs dancing shoes!
My suggestion would have been vinegar too, I hope you found something that worked.

That pot is absolutely perfect for the wee birdie...so cute. And I'm happy you were able to sort out the American vs/ English crochet terms and figure out my pattern. No help here on the mildew issue - but I've read somewhere about using lemon juice and setting fabrics out in the sun....not sure, however, if it was for mildew. Have you tried 'doing a google' to see what comes up? 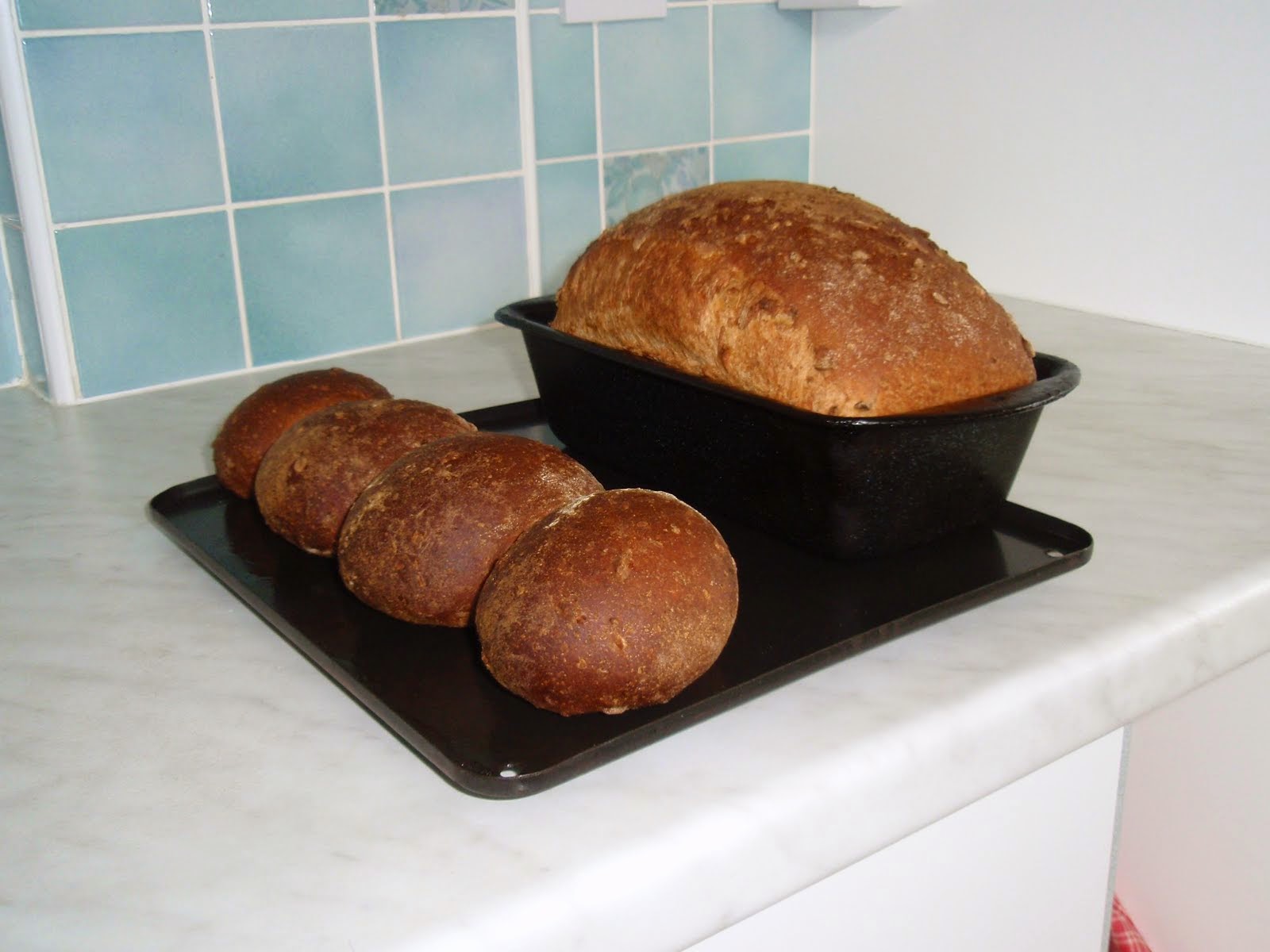 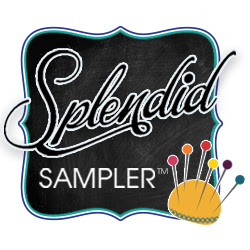 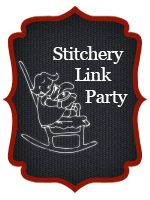